In 2013, nearly 1 in 4 people used social media, and by 2017, an estimated 2.55 billion people will use social media worldwide according to a recent report. That’s a huge audience, which means social media is a valuable marketing platform. However, you have to learn social media to use it properly to reach the top. Check out these five social media tactics that are taking businesses to the top to help you learn how to do it. 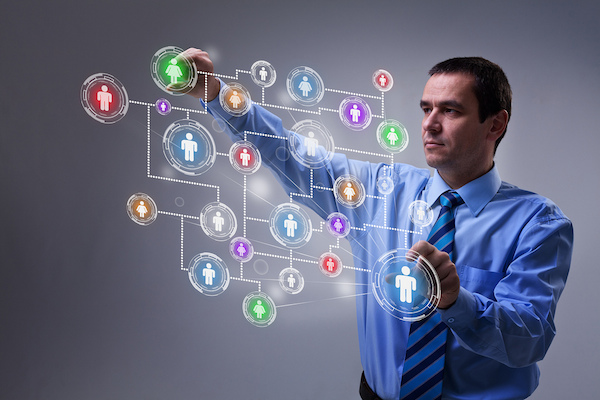 One common misconception about social media is that it’s a goldmine for prospects where you can simply share your links and gain followers. Social media requires much more engagement if you want your marketing efforts to succeed.
Think it’s not that big of a deal? According to a Lithium study, 53 percent of respondents say they expect a company to reply to their tweets within an hour. That number increases to 72 percent when the customer has a complaint about the company.
You can engage with your followers by responding to comments, addressing concerns, hosting Twitter chats, and sharing or retweeting customers’ updates.

The Use of Hashtags

Hashtags have been around on social media for a long time and are popular among Twitter users, but they’re starting to gain traction on more networks such as Facebook, Instagram, and Pinterest. On social media, hashtags turn the following words into a clickable link that allow users to see a list of similar content and updates. Using hashtags puts your updates in those lists, helping you reach a wider audience.
A post on Business2Community gives an in-depth look at how to effectively use hashtags. Some tips include:

Many companies also use hashtags to gain social media traction through campaigns rather than simple mentions. For instance, T-Mobile uses #Unleash on Twitter to spread the word about its new services. This campaign involves no contracts, and the company will even pay the fees for you to cancel your old service if you switch over to its new plans.

Approximately 65 percent of people are visual learners. To better connect with your audience and offer more entertainment, share a fair amount of visual content opposed to text updates.
Examples of visual content you can share on social media include:

But it’s not all about sharing. You also want to make your profile visually engaging so you don’t turn away followers. Choose your profile image carefully. If you’re a business, you’ll likely want to use a high-resolution photo of your logo. If you’re tweeting or pinning as an individual, make sure you have a clear, friendly head shot. Ensure that your cover photos and background images are relevant and fun but don’t overload the senses.

Using social media apps can help you and your business get the most out of social media. But this doesn’t mean downloading the official Facebook or Twitter app on your smartphone. There are plenty of other apps available to help save you time on social media. Hootsuite, for instance, allows you to manage your favorite social networks all from one place. Here, you can schedule updates, track brand mentions, and monitor results of your social media efforts.

You can also use real-time apps and widgets on your website to keep readers up-to-date and engaged. A recent study showed that 88 percent of people who use real-time social media apps on their website see an increase in user engagement.

The 80/20 rule states that 20 percent of the content you share on social media should be about your brand and the other 80 percent should be other people’s content that pertains to your audience. The reason businesses do this is because people use social media to discover useful information, not to be bombarded with sales pitches. When you share useful updates from others, you get your audience more involved and interested in your brand instead of annoyed.
As you implement these various tactics into your social media strategy, you’ll likely notice huge improvements in your following and audience engagement.

This is a guest post by Angela, a freelance writer and graphic designer who specializes in business trends and development. When she isn’t writing she is pursuing her Masters in business communications and working as a social media analyst.

We hope your new year is off to a smashing start. Need a leg up or a morale booster? How…

How to set up seasonal discounts for your services.

Research from NPD Group revealed that 51% of consumers plan to start holiday shopping before Thanksgiving. Are you ready for…

There’s never been a better time to book appointments on your iPhone. We’ve got some huge changes landing for the…